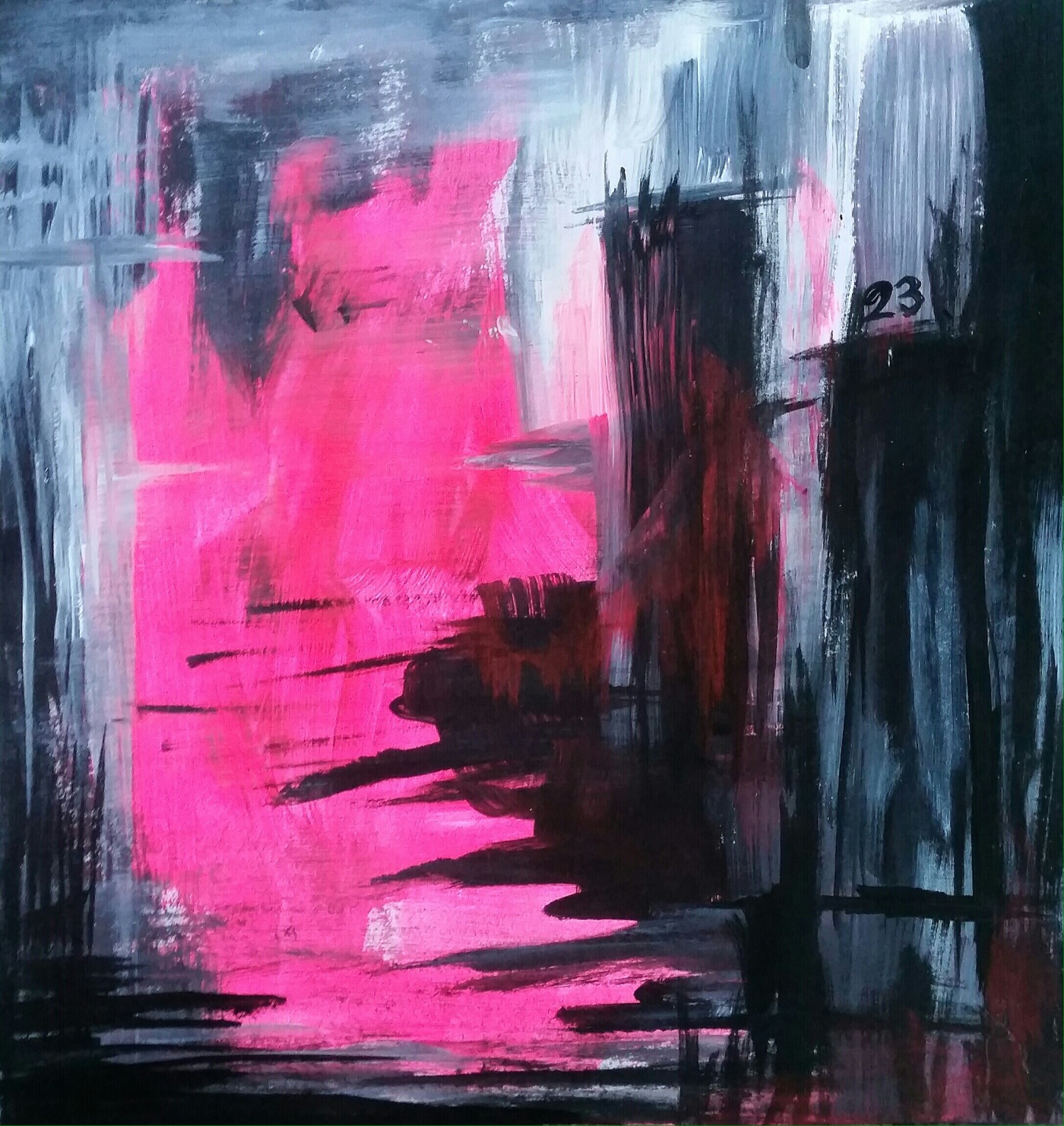 A note: this is a continuation of the story begun here: The Old Woman, the Stag, and Me, and continued here: The Howling Woman. You may wish to read those segments first, or to take this piece in itself.

We’d always been able to travel. I did it by accident a few times by keeping the water in my pool too cold when I was dowsing for inner silence. But the truth is it was a hassle; it often went wrong, and we became so settled in our little village that the occasion just never arose that we wanted to shift again. I did miss the transition between worlds though. It was the most beautiful thing: on reaching a tranquil state of equilibrium, the traveller would find herself in a box among the stars.

The box was a cube measuring around 3m on all sides. It could manifest with any combination of unembellished, opaque black walls and transparent ones; the more of the latter, the better as far as I was concerned but I know six sides of transparency made the old woman feel quite queasy. For me, there was an infinite sort of comfort in being weightless, and seeing nothing but a million twinkling lights stretched before me on a etheric velvet veil. It is the loneliest place I can imagine but also the closest I have been to that abstract concept you call ‘home’. Unfortunately hanging about up there for long stretches of time (if time did indeed exist up there, which I doubt) was never really on the agenda of consciousness. I found if I didn’t bring to mind my intended path quickly, and make the required entranceway, I would be hurled into a random dreamscape. A doorway would open and swallow me up into a vacuum and I wouldn’t know where I was going to end up. That wasn’t the kind of risk I liked to take.

It was more or less what was happening on this occasion though. In fact it was almost as if we were bypassing the box entirely, because we could feel the shift acting upon us while still aware of our surroundings in the castle. There was a sense of transparent walls forming around us, but we never saw the stars and we never had a choice of path. It was an unprecedented situation; we had always moved on before the dreamer woke up before. I was filled with apprehension. What would reality be like? Would we even be compatible with it?

The stag was laughing. Laughing his hearty, unreserved laugh until tears rolled down his face. If he was ever concerned about what may become of him, he didn’t show it. His attitude was always to welcome with open arms any new development no matter how ridiculous or dicey. For that reason he was a pleasure to be around in a crisis, and his laughter was terribly contagious. The old woman remained quiet with her veil over her face and both hands clutching a medicine bag tightly as the two of us doubled over.

There was a momentary flash of static and a loud hissing sound, before we all three fell to a floor of cold, unfamiliar laminate. At first I thought we were in the box, for the transparent wall had firmed up and through it I could see millions of tiny lights. Home, I thought happily. But wiping the tears from my eyes for clearer inspection, I saw that this wasn’t starlight but artificial light, and we weren’t suspended in the sky but existing lucidly in a skyscraper overlooking a city. Vancouver city to be exact, though we didn’t know that at the time. We found that out on the first occasion the stag went exploring, when he used his charm to acquire food and permission to stay in the hotel suite we had materialised in.

The air smelled fresher than I had imagined, even indoors. Although just a concept in my mind, I always assumed reality would be a stuffy, oppressive sort of a place where you might have to wear a protective mask or keep an energy field about you. The food tasted good too; meat sandwiches in tissue-paper wrapping was my first taste, and became a firm favourite. I was quite giddy about the whole experience, and spent that first night bounding around incessantly. The old woman rolled her eyes at me, as though she had seen it all before, and the stag laughed.