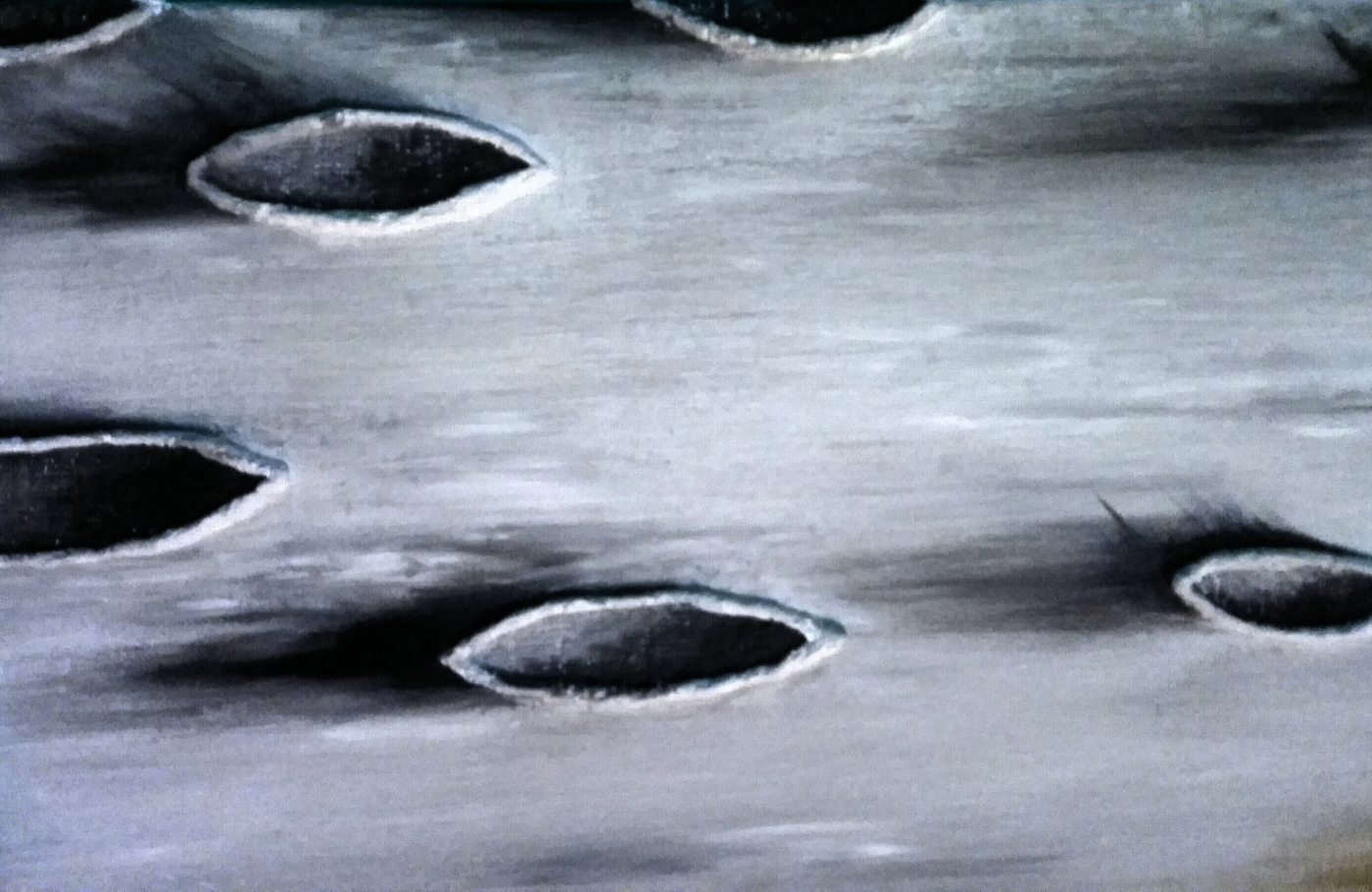 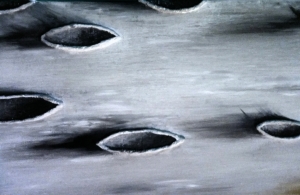 I leapt up, startled, in the dead of night. I’d been dreaming of the past again, and couldn’t be sure whether the sounds I heard were mental and menacing or real and benign.

The words drifted up to the first floor room where I stood, and tapped on the window. I recognised them instantly as the words of my tormenter from high school. What were they doing ringing so lucid, invading the truth and the now that I wanted?

I took on a fighting stance, just as my teacher had instructed. Feet apart and equally weighted, knees bent. My twin was wrapped in sheets, cowering in the corner behind me. I will protect you, I thought. There was a reason the sword was left for us in this way. I gripped it tightly and focused upon the muscles and strength needed to maintain the posture it demanded. My breath became deep and purposeful.

The words continued to scratch at the window, desperate to get in and meet my ears full-on. They were squeezing through the frame… I turned to face them and swiped the sword through the air in one clean movement, cutting the threats in two. They fell away slowly like feathers until they were nowhere to be heard.

I couldn’t allow my to guard drop straight away, for next there was a creaking on the landing outside my room. Footfall on floorboards, or the house choking? I wasn’t taking any chances and brought the sword down once again, this time in the direction of the door. But then I had the sensation that someone was in the room, standing over me. Someone unearthly and monstrous. My eyes wide in the dark, I couldn’t quite make a figure out, and dry tears stung from the strain of trying. With nothing to lose, I took another slash with the blade out in front of me and felt something drop into a heap on the floor. My twin rejoined me then, and in exhaustion we fell backwards onto the bed as one. Back to the land of dreams.

When the morning light came, my thoughts had returned to normal. There was a gash in the reality between my bed and the wardrobe where I had struck something. It was like a tear in a canvas, but not so neat as to hide the in between. The in between was black and full of eyes that glared, pulling me in. Azrael, they whispered to my bones. I remembered what my teacher had said though: leave the wound well alone until it is healed.

There were more cuts all over the house: far more than I could remember making. As I left for work, I stepped over the biggest of them all on the doorstep: the place where a bad memory had once been. It was gaping wide and as I peered in I saw thousands of twinkling stars. I resisted the temptation to touch them and walked away.

All of the cuts healed over the coming few days and a tension I had carried for many years dropped from my shoulders. I could feel tall at last. Never again would I think of the bully’s words; from then on they existed only as pixelated impressions in the peripheries of my mind. That was when I knew I was truly ready for the next lesson my teacher had to give me.

For more unusual, contemplative flash fiction, check out my book Fragments of Perception. Available now in e-book and paperback worldwide.